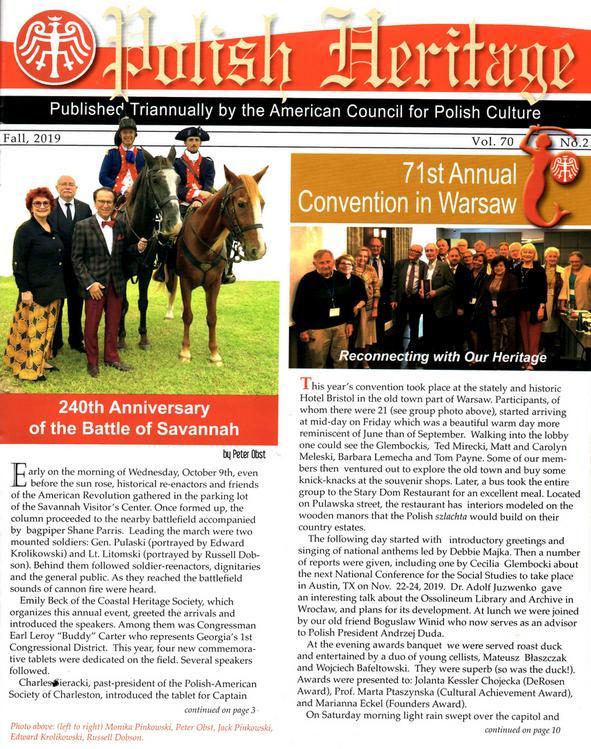 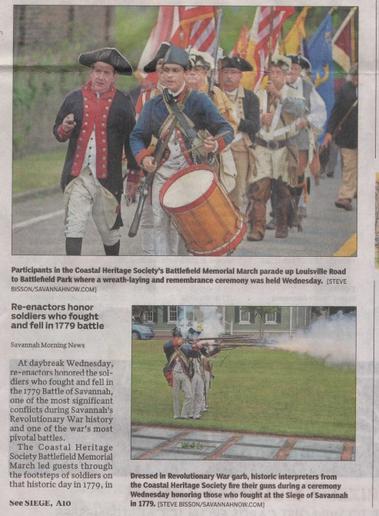 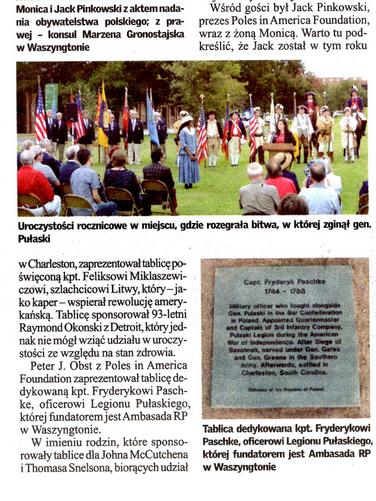 On October 9, 2019, the Savannah General Pulaski Committee, in conjunction with the Coastal Heritage Society, celebrated the dedication of 2 granite markers at the Battle of Savannah Park. This year the markers were dedicated to Captain Fryderyk Paschke, Quartermaster and commander of the 3rd Infantry Company, Pulaski's Legion; and Feliks Miklaszewicz, a Polish-Lithuanian noble who fought alongside Gen. Pulaski in the Bar Confederacy, and in the American colonies received a letter of marque from the Continental Navy to captain two ships, the Scotch Trick and the Prince Radziwill, as raiders against British shipping. The Paschke marker was funded by the Republic of Poland Embassy and the Miklaszewicz marker was funded by Mr. Ray Okonski. Mr. Peter Obst spoke on behalf of the Polish Embassy and Mr. Charles Sieracki (past-president, Charleston S.C. Polish-American Society) spoke on behalf of Mr. Okonski. Wreaths sponsored by the Polish Embassy (Mrs. Camille Krolikowski), Mr. Ray Okonski (Ms. Janina Gajdamowicz) and the Savannah General Pulaski Committee (Mr. Bruce Trimbur) amongst others, were laid at the battlefield site. Flags were carried by Mr. Bruce Trimbur (Poland) and Dr. Glenn Ball (Pulaski Legion).

The Committee hosted a dinner the night before in honor of the donors at Billy's Place. The Charleston S.C. Polish-American Society members, lead by President Martha Andreski, headed a contingent to both the dinner and the ceremony the next morning. In addition, Mr. & Mrs. Jack Pinkowski of the Poles in America Foundation, as well as Mr. Peter Obst from Philadelphia also added to the festivities.  A good time was had by all. 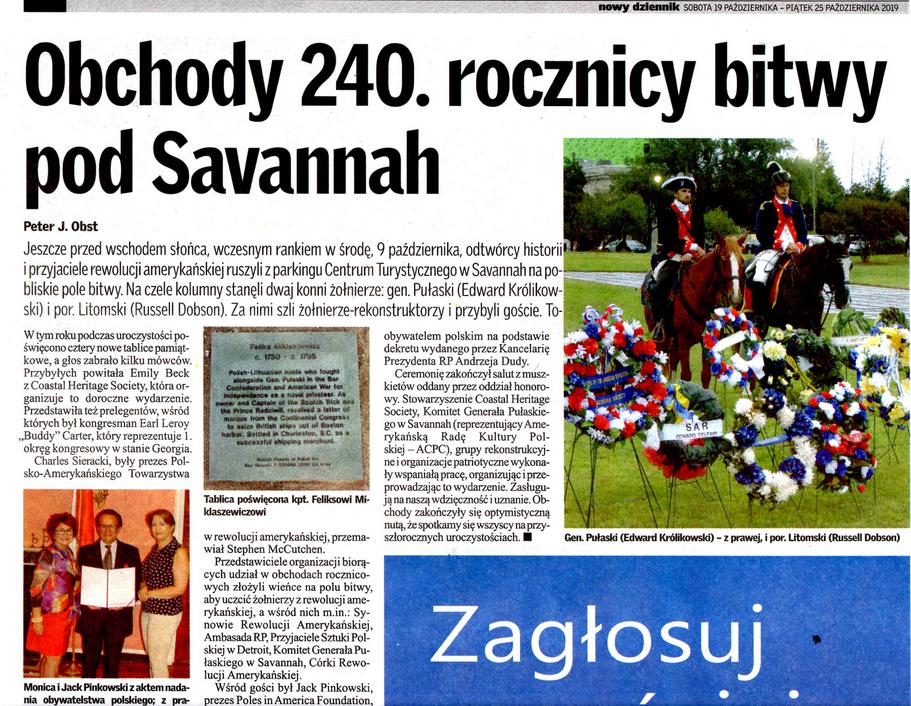 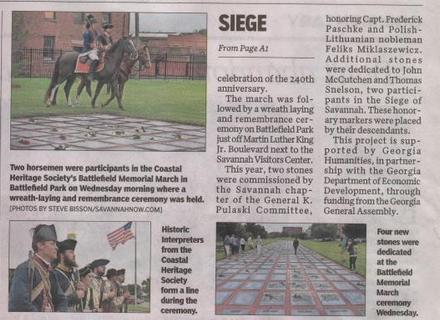