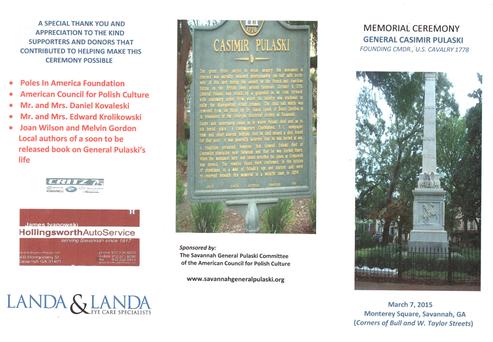 On Saturday March 7, 2015, the 270th Commemorative Birthday of General Kazimierz Pułaski was observed in Savannah GA at Monterey Square.

There were many guests not only  from Savannah, but also several Polish Clubs from Florida (Polish-American Club in Jacksonville, Polonia Society of Korona), ACPC members from Philadelphia and also the Poles in America Foundation. Following the ceremony, a luncheon, organized by Mr. Andrew Boguszewski and Mrs. Camille Krolikowski, was held at the Plantation Club at the Landings. Classical musical entertainment by Chopin and others was provided by Mr. David Duckworth.

​ ​Following are some pictures from the event. 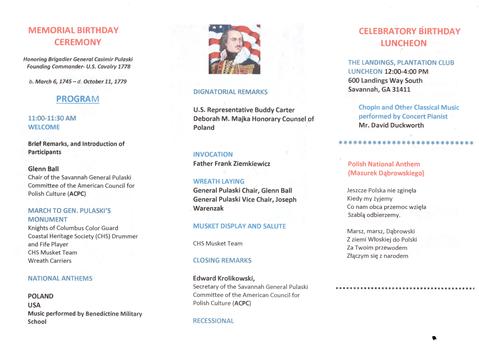