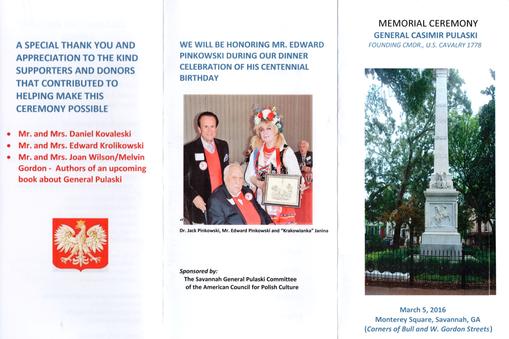 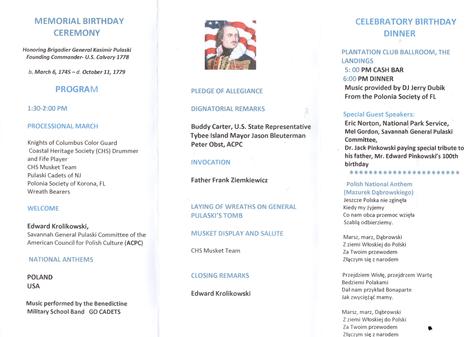 Additional dignitaries representing the American Council for Polish Culture (Honorary Counsel Mrs. Debbie Majka) and the Poles in America Foundation (Mr. Edward, Dr. Jack and Mrs. Monica Pinkowski) were present. Many wreaths were placed at the base of the monument and a musket firing salute was made to Pulaski's honor.