On March 1, 2014, we celebrated General Pulaski's 269th birthday here in beautiful Savannah, GA.  We had a great turnout of people who came together celebrating his birth and commemorating his final resting place in Savannah.

The program included the following:

Following our some pictures from the commemoration.  Click on any picture for a larger view. 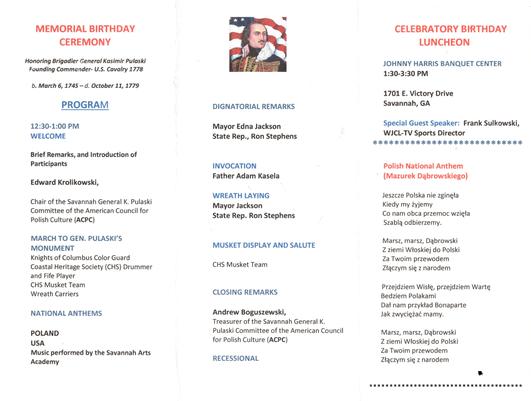 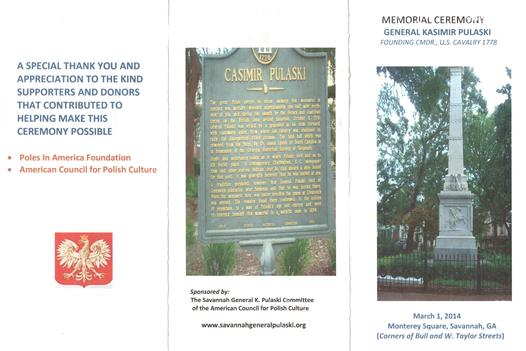 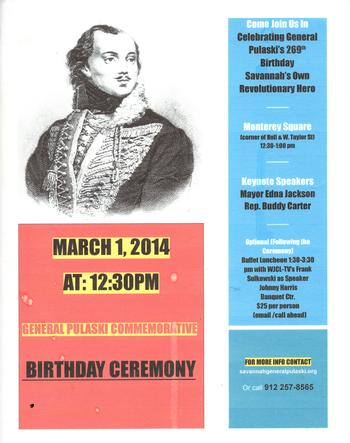