Fort Pulaski, Pulaski Square, the Pulaski Monument and his burial site in Monterey Square are all located in Savannah, GA and serve as testaments to General Pulaski's valor. Our committee's mission is to promote Polish pride, culture and to recognize General Pulaski's achievements.  We want to ensure that future generations of Americans will also continue to remember this hero.

On October 9, 2017 the Polish Ambassador to the United States, Mr. Piotr Wilczek, visited Savannah to help commemorate The Battle of Savannah which occurred October 9, 1779.  On that fateful day General Casimir Pulaski, along with 400 brave soldiers paid the ultimate sacrifice while defending our country. Please see some of the pictures from the annual ceremonies by clicking on the Battle of Savannah tab and choosing the year.  During the annual ceremonies, our organization sponsors plaques that are laid on the battlefield honoring various Polish-Americans that participated in the Revolutionary War, such as: General Pulaski, General Kosciuszko, Captain Zielinski and others.

Please note: by clicking on any bolded text, the link will take you directly to that organizations webpage. You can always return to our webpage by closing the link . 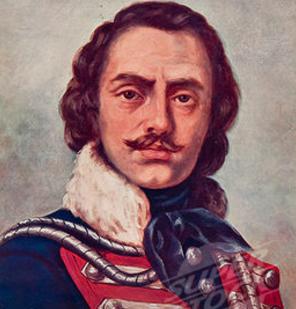 "Born in the Proud Land of Poland. Gave His Body to Savannah.  Gave His Soul to God. "

​The Savannah General Pulaski Committee of the American Council for Polish Culture (ACPC) was formed as an organization to promote the achievements of a truly great Polish-American hero, General Casimir Pulaski.  General Pulaski fought valiantly in the Revolutionary War including the Battle of Savannah where he died two days later on October 11, 1779 while defending Savannah and our country from attacks by the British.